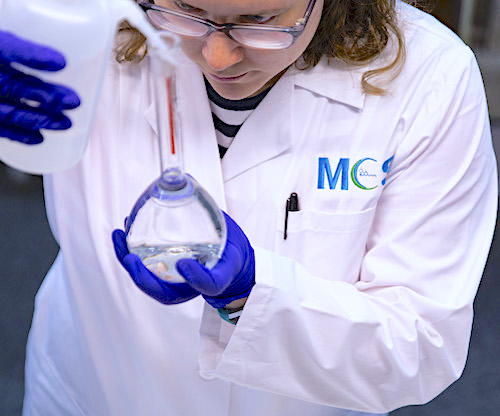 Why is cannabis contaminant testing  important? In a study from University of California Davis, medical marijuana obtained from Northern California dispensaries were found to contain traces of bacteria and fungi. The study concluded that 90% of the cannabis tested had microorganisms which may lead to serious lung infections.

This is just one example of why it is critical to have cannabis samples tested.

As mentioned, certain contaminants found in marijuana can cause lung and other respiratory illnesses. In Los Angeles, one man died from a rare fungal infection after using medical marijuana as part of a cancer treatment. The testing of 20 samples acquired from local dispensaries revealed traces of a dangerous fungi.

What Is Included in a Marijuana Contaminant Test?

Contaminants found in cannabis can come from a number of sources, including but not limited to, pesticides, growth mediums, groundwater, pests, and airborne pollutants. Marijuana contamination testing at Modern Canna utilizes the latest instrumentation for identifying known toxins to humans. Below, find some of the testing we perform.

Depending on the farming practice of Florida growers, pesticides may or may not be used when growing marijuana. Pesticides, of course, are extremely useful for eliminating crop-damaging pests. The chemical used, unfortunately, can also be harmful to humans when ingested. We test for pesticides in cannabis using liquid chromatography (LC) and gas chromatography (GC) to determine the presence of harmful chemical compounds found in common pesticide, herbicide, and fungicide sprays.

Some patients prefer to ingest and/or apply cannabis topically instead of smoking it. The process requires solvents for extracting cannabinoids and terpenoids from the plant. Topical cannabis products sometimes require additional solvents for creating a rub-on formula. Residual solvent testing ensures the product used is of the highest grade.

Mycotoxins are a form of toxins released by mold spores. Aflatoxin is the most common and dangerous of mycotoxins. We use a liquid chromatography-mass spectrometer for mycotoxin testing.

When performing microbial analysis, we use a high-definition microscope to identify common microbial debris, such as mildew, mold, mites, rodent hair, allergens, and insect parts/feces. Samples are then analyzed in Modern Canna’s micro labs using certified methodologies and testing procedures.

A healthy cannabis plant should be at around 6% to 15% moisture. Above average moisture puts the plant at risk of contamination from bacteria. We use methodologies, such as “dew point” and “loss on drying”, for evaluating a cannabis sample’s total moisture content.

PAH is a chemical that forms during the burning of certain compounds, such as garbage waste, rubber, plastic, oil and gas, and coal. Currently, eight PAHs are banned in consumer products. PAH testing identifies the presence of any banned PAHs.

In the medical marijuana industry, product quality is everything. As a grower or supplier, your priority should be ensuring a pure, effective, and safe product. Submit a sample to MCS Labs today for cannabis contamination analysis and ensure your plants are free of known toxins.