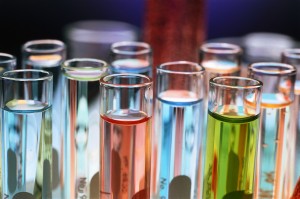 Colorado is a trailblazer among states when it comes to legalized marijuana. On January 1, 2013, it became the first state to allow anyone over the age of 21 to buy marijuana for any purpose. But a trade-off that all states make with the federal government is that it can only legalize marijuana if it also enacts strict rules, including cannabis testing regulations.

Colorado is no exception; it has adopted a thorough framework of regulations that impact virtually every aspect of the cultivation, distribution, and possession of cannabis. Though they are highly technical, no grower should overlook the laboratory testing requirements which set thresholds for levels of molds and toxins and guidelines for determination of potency.

On October 15, 2015, the State Licensing Authority of the Colorado Department of Revenue formally adopted an exhaustive set of rules touching on every aspect of marijuana cultivations, use, distribution, testing, and sale, whether it is for medical or retail use.

The Medical Marijuana rules are contained at 1 CCR 212-1 and include:

Colorado’s Rules for Retail Marijuana are contained in 1 CCR 212-2 and include:

Under the Colorado marijuana rules, the following entities need state licenses in order to operate:

The regulation is so tight that the state has adopted a tracking system that follows the lifecycle of individual plants. Known as the Marijuana Inventory Tracking Solution (or MITS), the program is a place to log marijuana plants from the time they are sold as seedlings until they are ultimately sold as product.

One aim of Colorado’s marijuana licensing requirements is to ensure consistency across products. In furtherance of this goal, the same regulations, including those related to cannabis testing, now apply to all cannabis products. Among those subject to the rules are medical marijuana, products infused with marijuana, and concentrates.

To ensure reliability and consistency, each lab must establish guidelines for test batches. The guidelines must include a standard minimum weight of the marijuana product for each type of test it performs and the lab may not accept smaller batches. It also may not accept samples that were not collected following designated procedures.

Colorado requires that both medical and retail marijuana be tested for microbials including (CFU = Colony Forming Unit):

If a marijuana-infused product incorporates a solvent-based concentrate, it must also be tested for residual solvents including (PPM = Parts Per Million):

Certain marijuana products must also be tested for heavy metals. Included products include flowers, medical marijuana that is water-based, food-based, or solvent-based, and infused products. Metals to be tested for include (PPM = Parts Per Million):

The regulations specify when and how many samples a cultivator must send for analysis, how often retesting is required, and how to proceed if a product fails testing. When a sample fails the contaminant analysis, the lab must inform both the business that submitted it and the MITS tracking system.

Marijuana products must also be tested for potency. Levels to be analyzed include:

Potency results for medical marijuana and concentrate are to be reported by listing the average concentration among all the samples in the test batch. When reporting the potency of medical marijuana infused products, however, the results must be reported based on the total number of milligrams per unit and it must state whether the content is homogenous.

Potency analysis must be performed on flowers that are already dried and cured. They are considered homogenous if they do not vary by more than plus or minus 15%.

Modern Canna Science (MCS) is a full-spectrum laboratory that performs accurate and reliable marijuana analysis. Based in Florida, MCS was formed in 2014 in an effort to provide cannabis growers and dispensaries with the most advanced and accurate laboratory testing services available.

MCS is an independent testing laboratory that is equipped to perform reliable analysis of marijuana potency and contaminants. It is qualified to partner with Colorado laboratories to ensure cannabis testing complies with Colorado marijuana regulations. Please contact us to learn more about how we can affiliate with your laboratory.